Home > About > Archive Group > The Bridewell

The Bridewell was certainly in existence by 1573 as a system, devised by John Pankhurst, known as the Acle scheme was being run. This constituted regular meetings where the business of the Bridewell was discussed, punishments decided upon and feuds settled. It could not have been long before this that the Bridewell was built as Sir Francis Walsingham sent a letter, in 1574, to the Lord Treasurer dated that year which refers to The Bridewell as being a ‘recent erection’. The name Bridewell has its origins in London from the Royal Palace of Bridewell, a house of correction for the ‘idle and vicious’, that stood near to the St. Bride’s Well between Fleet Street and the Thames.

In addition to the County Gaol in Norwich Castle, the Norfolk Quarter Sessions had responsibility for five County Bridewells or Houses of Correction at Acle, Aylsham, Swaffham, Little Walsingham and Wymondham. The County Gaol and each Bridewell had assigned to them a Committee of Visiting Justices whose task was to inspect and report to Quarter Sessions on conditions in their particular prison.

From October 1799 a record of the administrative business of Quarter Sessions (as distinct from the judicial proceedings) was entered in a separate series of minute books to be found at C/S 4. Each volume includes an index of contents. The reports of the Visiting Justices, of the Keepers and of the Surgeons of the County Gaol and the various Bridewells are entered in this series. The reports of the Surgeons in particular name individuals who died in prison.

A resolution to repair Acle Bridewell, dated 18 July 1767, is recorded in the Quarter Sessions order book (C/S 2/11). However, by 1785 it was in 'so ruinous a condition' that the Court of Quarter Sessions sold the building and its site to John Drake of Fleggburgh, farmer. An enrolled copy of the deed, dated 12 January 1785, is to be found in miscellaneous road order book number 13 (C/Sce 1/13).

The deed reveals that under an Act of 24 George III (1783-84) entitled 'An Act to explain and amend an Act made in the 22nd year of his present Majesty King George III entitled an Act for the amending and rendering more effectual the Laws in being relative to Houses of Correction' a group of JPs had been appointed to examine and inspect the County Houses of Correction. They had reported back to Quarter Sessions with the recommendation that Acle Bridewell should be closed and that Little Walsingham and Wymondham Bridewells should be improved. The deed records that Acle Bridewell was sold for £110, of which £100 was to be applied 'for the purpose of enlarging and fitting up Wymondham and Walsingham Bridewells'.

Eventually its use as a Bridewell came to an end. In 1901 the building was divided into cottages. The building still stands in Acle today its exterior is mostly unchanged, it is listed but is currently on the ‘At Risk’ register. 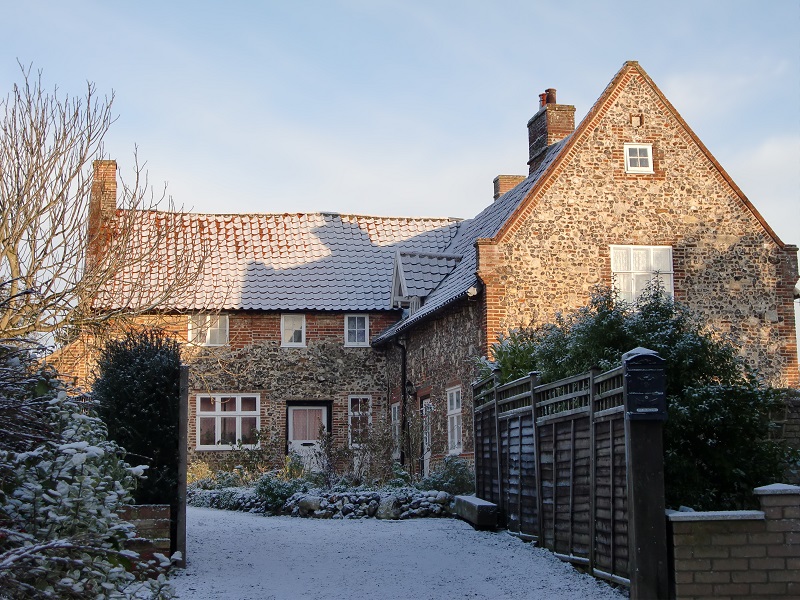